„Thank you for the wonderful introduction. I am happy to see so many students here in Constanta as we discuss the U.S.-Romania Strategic Partnership.

It’s a privilege to speak to the students of Ovidius University. You could be doing many other things this afternoon, especially in this nice weather, and I am honored you chose to spend some time with me today. Or maybe your professors required you to be here..? In any case, it is a good time to be in Constanta, and a good time to take stock of the relations between America and Romania and the challenges we face – from the dynamics of a globalized economy to security in the Black Sea region.

In 1989, when I joined the State Department, “globalization” was an obscure concept and Romania and the U.S. were adversaries in something called the Cold War. 15 years later we became NATO allies. Since then, Romania has contributed significantly to security in Europe and beyond. Our bilateral relations also have grown stronger, and far beyond defense cooperation. In recognition of this, we established in 2011 a Strategic Partnership. In the Strategic Partnership, we agreed to work together on 10 issues, from missile defense to rue of law. Why?

Unfortunately we live in a world of increasing threats: threats to our physical security and our national borders, freedom, prosperity, justice, governance. Our Strategic Partnership addresses a number of these threats. I will describe the highlights of the Strategic Partnership, starting with our robust political-military relationship.

Romanians know about threats to security and stability. As a neighbor to Ukraine, you are just a day’s drive away from where fighting is taking place on a daily basis. So I don’t have to tell you that Russia’s aggressive moves in the region have had serious consequences. But at the same time, we are dealing with this type of geopolitical threat and instability, we are also facing asymmetric threats, like rising terrorist activity in Western counties.

Romania has long understood the need to be prepared to meet whatever security challenges arise. Just recently your government approved a budget allocating two percent of GDP to defense, a pledge that puts Romania on the verge of joining a small group of Allies already spending two percent. Romania is also leading several NATO initiatives that strengthen deterrence in the region.

Romania also robustly participates in NATO missions around the region and the world. Romania is the 4th largest troop contributor in Afghanistan, providing a third of Special Operations Forces deployed to the country. Our troops are serving shoulder to shoulder to help stabilize Afghanistan and counter the terrorist threat there. Our efforts there serve as example to other countries in many different ways. Just last week, we saw Lt. Mirela Ivascu awarded after serving as the first female commander of a Romanian detachment in Afghanistan – a great accomplishment and example for others. Our armed forces have also worked together in Afghanistan, the Mediterranean, the Black Sea, Iraq, and the Balkans.

Outside of the NATO framework, on a bilateral level, the U.S. military has been strengthening its partnerships here. Just two weeks ago Romania saw a number of U.S. tanks arrive, just up the road, at MK Air Base. These tanks are part of the Armored Brigade Combat Team that arrived in Eastern Europe earlier this year. The brigade will be here for nine months and then will be replaced by another one. This persistent, rotational presence is a strong signal of the seriousness with which we view the security of Romania and the region.

In addition, last year, we put into operation our joint missile defense facility at Deveselu. At MK Air Base, Romania hosts a contingent of U.S. Marines, called the Black Sea Rotational Force, who train with you and other countries in the region. Our navies and Special Forces train together regularly and U.S. vessels frequently steam into port right here in Constanta.

Just as the security of the United States and Europe is indivisible, so is our prosperity. (14 million jobs, $ 500 billion exports, $ 4 trillion investment). That is why economic cooperation is a key part of the U.S.-Romania Strategic Partnership. We work to grow our economies and create jobs and to overcome obstacles to more trade and investment, both externally in global economic dynamics, and internally with policies and regulations.

While smart policies and infrastructure investment by the government are certainly required, the real drivers of continued economic growth and prosperity are sitting in this audience – the future innovators and entrepreneurs. Romanians have already proven they have what it takes to prosper on the world stage – the Romanian team “ENTy” won Microsoft’s 2016 “Imagine Cup” for an innovative “smart” medical device, and I hear Vector Watch, a Romanian innovation, is one of the hottest smart watches on the market.

The United States has worked to support innovation in Romania, including by sharing our experience of thriving and dynamic entrepreneurial ecosystems through linkages with U.S. experts. We recognize outstanding entrepreneurial leaders through our Entrepreneur of the Month program, and continue to encourage start-ups and innovation through partnerships, exchanges, and grants.

Energy cooperation is an important aspect of our economic partnership. Every good or service we produce needs energy to make, ship or communicate it; energy demands are closely linked with economic growth and Romania has one of the most strategically important energy sectors in Europe. Unlike your neighbors who rely on other countries, sometimes a single country, for their energy needs, you have immense oil and gas sector expertise and the natural resources and location to play a crucial role as an energy exporter for the region. By playing that role, Romania would help diversify the energy supply and make European energy more secure. Diversity protects against geopolitical manipulation of energy supply.

If Romania chooses smart regulations and tax rates, the country will have a positive and influential role as a regional energy leader. U.S. companies have been investing in gas fields in Romania and some are exploring the possibility of producing gas in the Black Sea. Their investments are an example of the long-standing U.S.-Romania commercial partnership, our cooperation on energy issues, and our investment in the energy sector.

This point brings us to the rule of law – another key aspect of our Strategic Partnership and, one of the core values on which our relations are based. The U.S.-Romania Joint Statement on 26 September 2016: “partnership rooted in a shared commitment to democratic values, rule of law, open markets, respect for human rights, and people-to-people exchanges.” NATO’s founding treaty states that our collective defense alliance is a community “founded on the principles of democracy, individual liberty, and the rule of law.” Vice President Pence stated that Europe and the U.S. are “bound together by the same noble ideals – freedom, democracy, justice and rule of law.”

Secretary of State Tillerson said: “rule of law should continue to underpin” the Romania-U.S. relations.

Why do we consider the rule of law so important?

First of all for economic reasons; for increased trade and investment, companies need stability and predictability, rule of law, good laws applied fairly and transparently. We want Romania to be more prosperous, attractive to foreign direct investment. European countries that have a reputation for strong rule of law have strong economies. Countries with reputations for corruption and weak rule of law tend to have weaker economies.

2. Accountability. We need to know our allies are willing to meet commitments – commitments to mutual defense, but also to upholding common values (democracy, freedom, rule of law). These values are the foundation on which our relations are built. If the foundation is weakened, the entire structure is less sound. Common values are the glue in the transatlantic link, our moral compass without which we can drift apart.

3) Rule of law is a key defense against tyranny, corruption and foreign malign influence.

Democracy is safest when law is applied equally, fairly to all and no one is above the law, even the more senior politicians. When rule of law is weak, corruption and cronyism thrive, and leaders can focus on narrow personal interests versus those of their citizens. Where rule of law is weak and corruption widespread, foreign actors can bribe, purchase, control politicians, media outlets, parties – in extreme cases, take over countries without invading or using force.

Romania has made tremendous progress in strengthening rule of law in recent years, especially through prosecution of corruption: by law enforcement, DNA and courts.

Nothing is more effective in fighting corruption and ensuring respect for the law than the prosecution, conviction, and, when justified, jailing of corrupt officials.

The only phenomenon more powerful perhaps at reinforcing rule of law is a massive demonstration of hundreds of thousands of citizens calling on their elected leaders to strengthen not weaken measures against corruption. The protests we witnessed earlier this month in Bucharest and around Romania were an inspiration to citizens everywhere in the world fighting for freedom, democracy and rule of law.

One of the best things about our Strategic Partnership is that it looks to the future – and the future looks bright. We look forward to continuing to expend our partnership in all these key areas: democracy and rule of law, economic cooperation, and security cooperation.

On security, we invest in building Romania’s capacity to meet the next generation of threats because we need strong partners to keep our countries secure. Not only we will be side by side in bilateral and NATO training exercises and mission, but we are looking at ways to strengthen cooperation in other areas, such as cyber security, both to protect critical infrastructure but also so that you can continue to research, chat with friends and work online knowing your information is safe and protected.

Our economic cooperation in the future we hope will focus on new sources of growth, on new opportunities, especially in innovation and entrepreneurialism.

In democracy and rule of law, we want to help Romania to return to being an example for the region, an example of institutions promoting prosperity and stability through clean, effective, transparent governance.

Romania’s 2019 EU Presidency should be a great motivator to keep rule of law on a good path, to showcase what you have accomplished.

A word on Public Service: I hope you will consider a career in public service. It’s not the most lucrative career, but a vital one, and one that some of you, I am sure, will excel at.

Perhaps just as importantly, we envision a future where you come study in the United States, and where American students can come here to study.

Facilitating exchanges is another project we are working on under the umbrella of our partnership. Exchanges, even short visits like mine, are critical to allow Romania and the United States to continue to build our relationship at the most important level – between our citizens“. 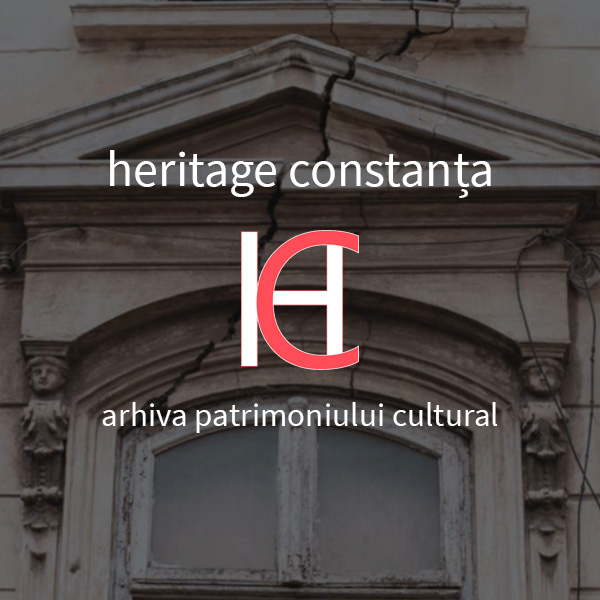 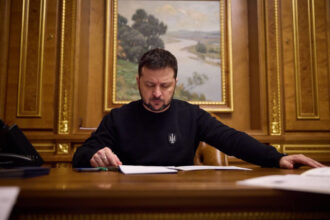 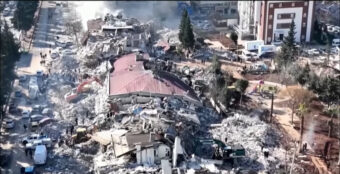 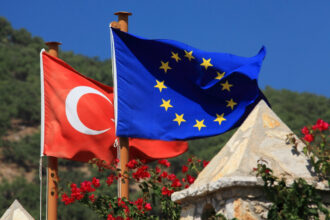